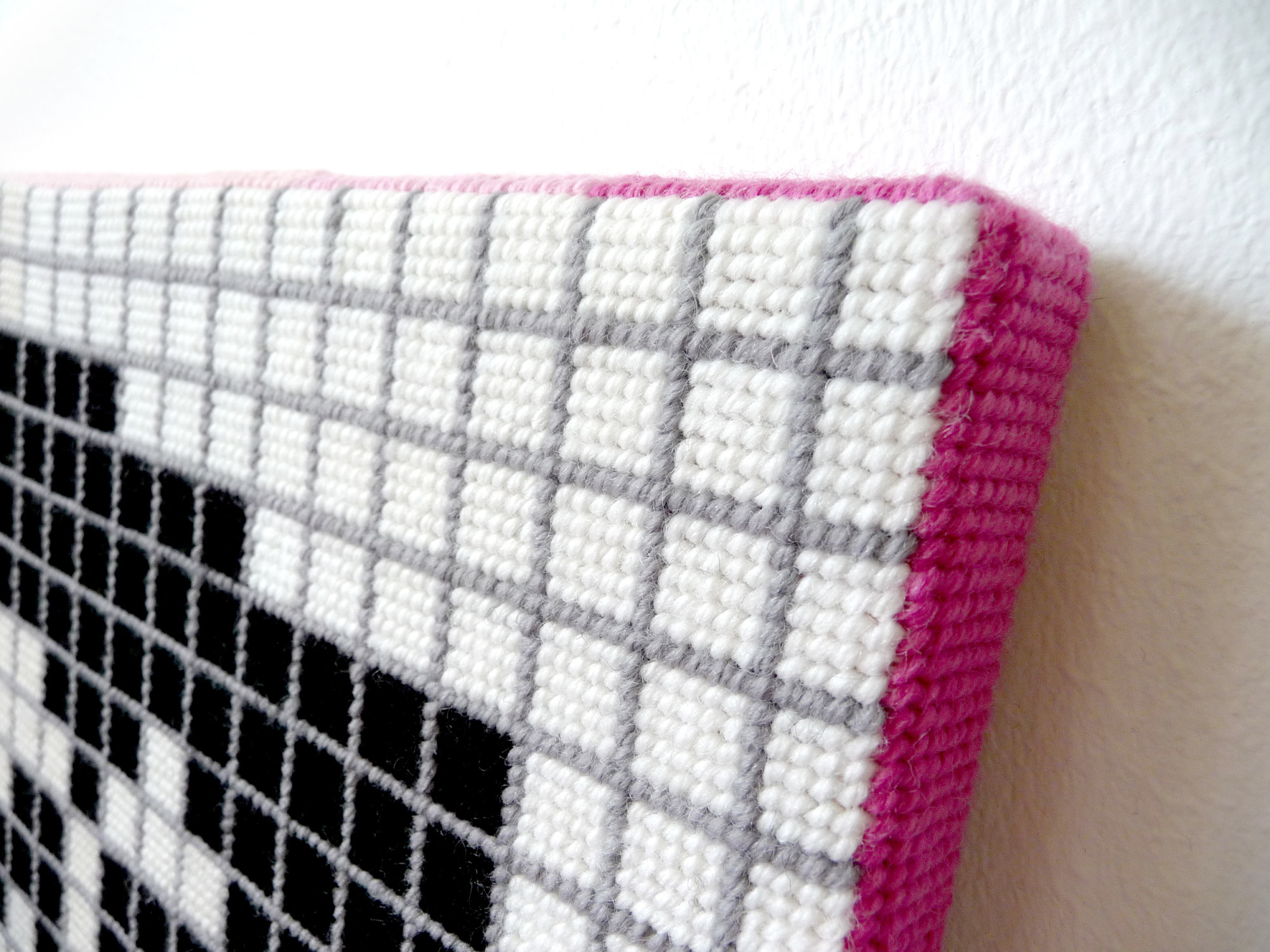 If I told you that web design (which was my profession for over a decade) and some crafts techniques like knitting, needlepoint, ryijy and even mosaic have very much in common, would you believe me? Yes, it’s true: they all consist of pixels. They may be called stitches, loops or tiles, but they are still small, coloured, usually square-shaped dots. At least the patterns are always square-shaped, even if the final product is not.

Now take a look at the site logo at the left corner of this page. It’s a picture that has been drawn using Photoshop, and it consists of small black, white and grey pixels. It’s also a pattern that can be used in different crafts like knitting – or needlepoint.

I got the inspiration for designing the logo from two quite different sources which I happened to bump into almost at the same time. The first one is a street art piece made by a French urban artist who calls himself Invader. He is famous for ceramic mosaic works inspired by old video game characters (specially the space creatures from the arcade game Space Invaders, from which he also borrowed his artist name). When I saw his version of the classic pirate flag, I wanted to make my own version of it. 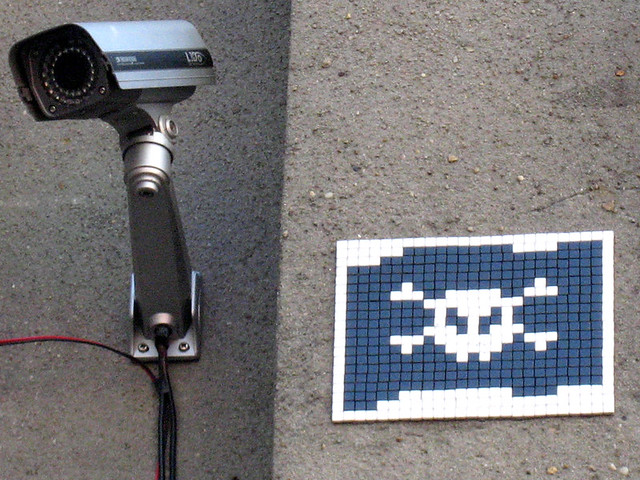 So I thought a black flag with a skull and crossed bones would be a perfect symbol for the ageing young rebel who is taking part in the soft pixel revolution… The shape of the skull comes from my beloved Jazz-Crow and the layout I stole straight from Invader.

Here’s the original version of the logo: 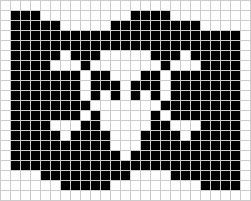 And here’s my first effort to create a physical version of it: 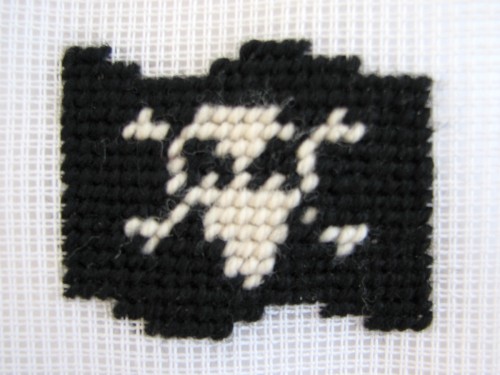 I took the amount of stitches straight from the logo and the result was not very good – it is quite small, it has too few pixels and the shape of the pattern doesn’t really become visible (maybe it would work better in cross-stitch, but that is really not my thing). So I made a new version where I multiplied the amount of stitches so that every “pixel” in the original logo picture is 5×5 stitches in the finished work. 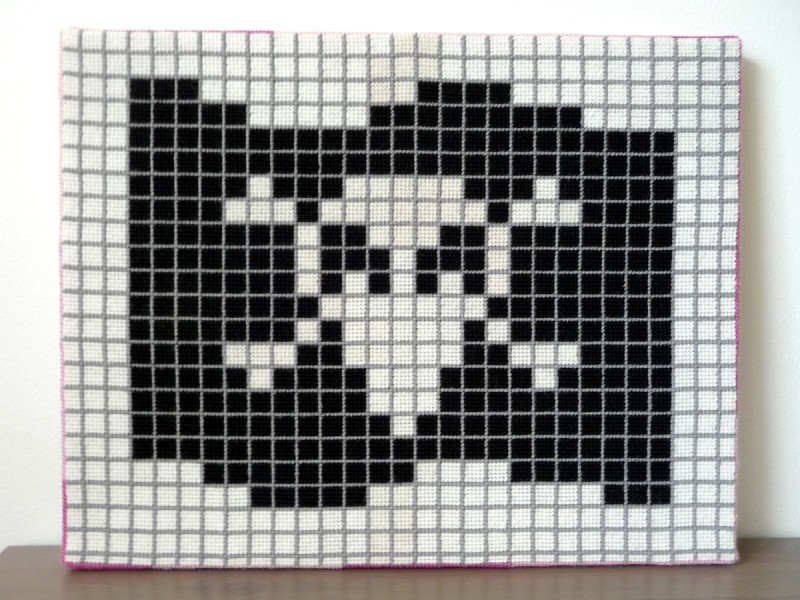 The finished work is quite big, 42cm x 33cm, so it almost looks like a real flag. I stretched it into a wooden canvas frame so it would be easier to hang it on the wall.