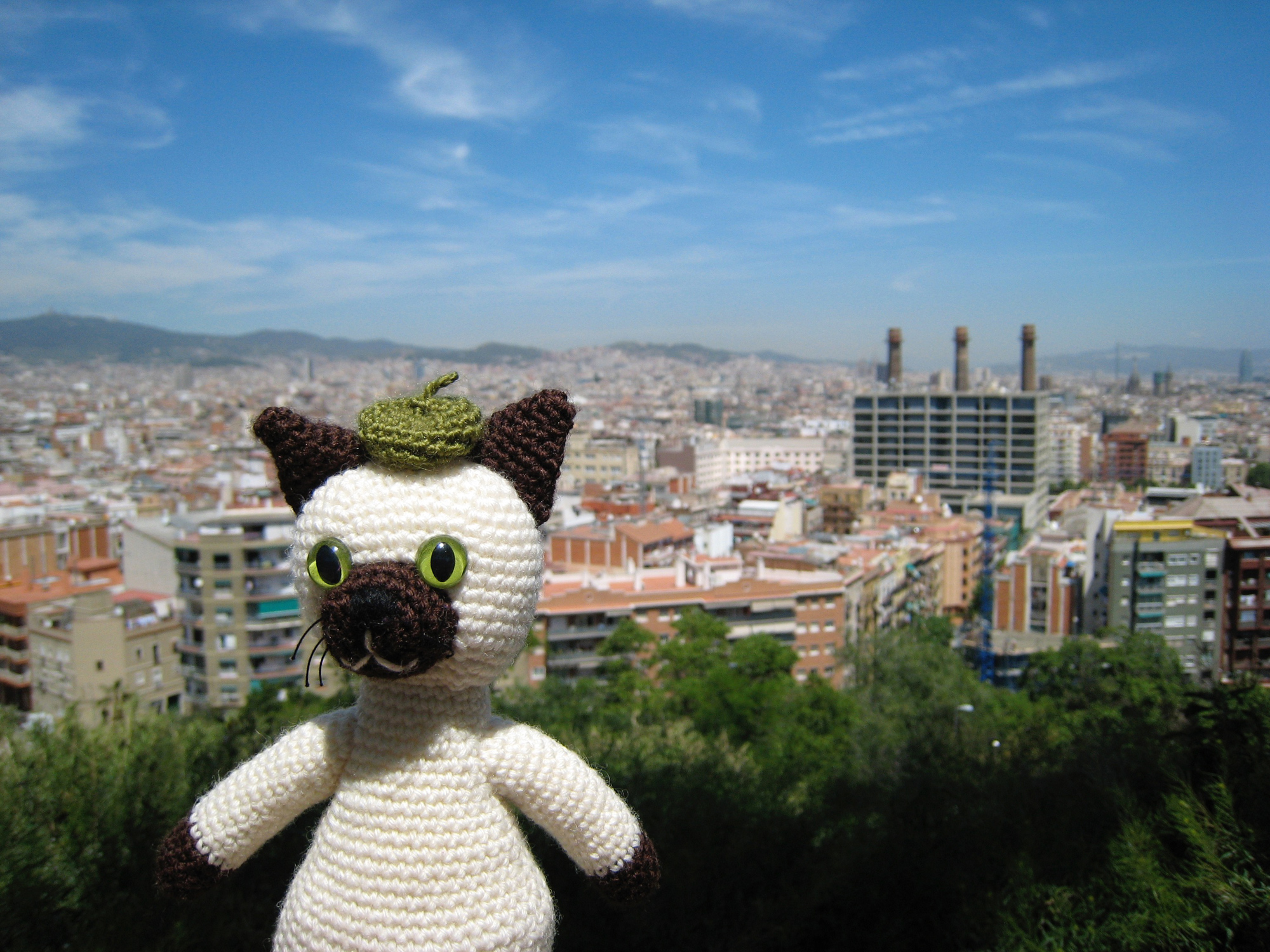 As I wrote earlier, I have made over 100 amigurumis since 2006 and the first of them was Sal the travelling cat. What I have not yet told is how the idea of crocheting a cat came into my mind.

It all started already ten years ago (it’s about time to write it down, I guess) from the need to tell a story – or a bunch of small stories, actually.

A few months before starting with my own amigurumis I bumped into KURO, a black crocheted cat in Flickr. A Flickr user from Japan called Junku had created a large photoset of KURO posing for the camera in different places. The presence of a funny small toy turned an otherwise pointless and random photo into an interesting tiny story that feeds the viewer’s imagination: what is he doing there? Where is he going?

I thought it would be nice to do something similar. At the time I was also inspired about the “shoot from the hip” philosophy of Lomography (some of my photos about Sal have been taken with a Lomo LC-A) and I was excited to see if changing the perspective would add something to my photographic experiments. Looking at the world from the point of view of a small cute animal toy was a way to make taking photos of tourist attractions and other not-so-interesting places more fun – and the photos more fun to look at. I wanted to turn my travel photo album into a collection of small stories about a small cat in the big world, a bit like the travelling gnome prank in the film Amelié.

Sal got his name from Sal Paradise, the protagonist of Jack Kerouac’s legendary road tripping novel On the Road. When I started to design his looks I had an idea about a cat with a classic beatnik style, a beret and a scarf. I made Sal from some random yarns I had at home, that’s why he became a siamese cat with green accessories (I happened to have white, brown and green yarn).

For a few years Sal was my loyal travelling companion. We visited Barcelona, Copenhagen, Berlin and Madrid together. Here you can find some photos from our trips:

Nowadays Sal is mostly retired from travelling. He spends his time in my bookshelf with my other amigurumi dolls.